Admittedly, part of the reason for writing this post is that I have a bunch of photos to share. But, Montenegro’s coast is home to some of the most stunning locations that I’ve ever been too. Also watch out for my white Converse get progressively dirtier and dirtier as I go. 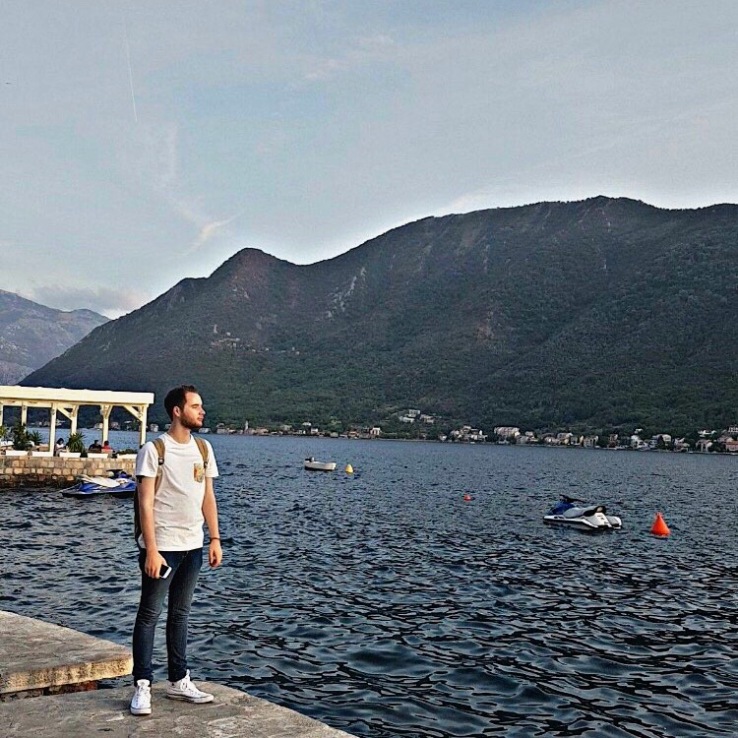 If you’ve read my blog before, then you’ll know that Kotor is such a beautiful (and Instagrammable) location! Easily my favourite place in all of Montenegro, and one of my favourites in the whole world, Kotor endears with its rustic and romantic charm.

Plus there’s also an entire army of cats – read about them here. Or if you’re interested in my speedboat tour in which I got more drenched than I would on a log flume, click here.

As I’ve already covered Kotor in a fair bit of detail in previous blog posts (seriously pack your bags and go because you’re really missing out!!) then I won’t focus on it too much here. 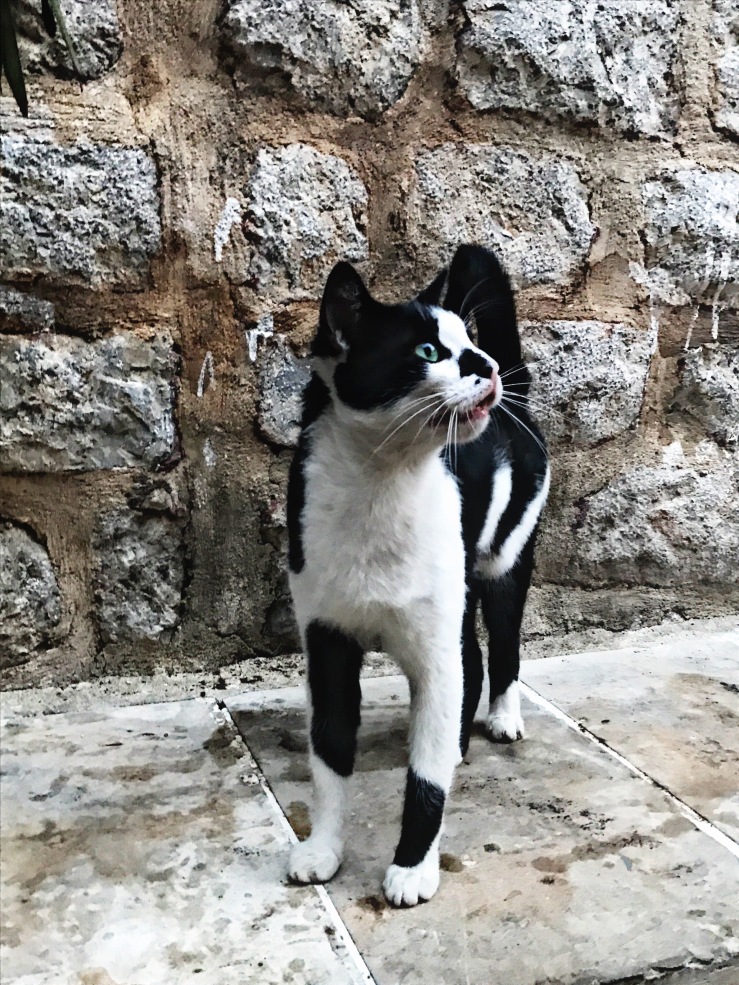 Perast is a stone throw away from Kotor, towards the westerly edge of Montenegro that borders Croatia.

A small town with a population of under 400, Perast is characterised by perfectly orange roofs which shelter charming stone buildings. But despite having a small human population, Perast makes up for it in felines. Seriously, like in Kotor, they’re everywhere! 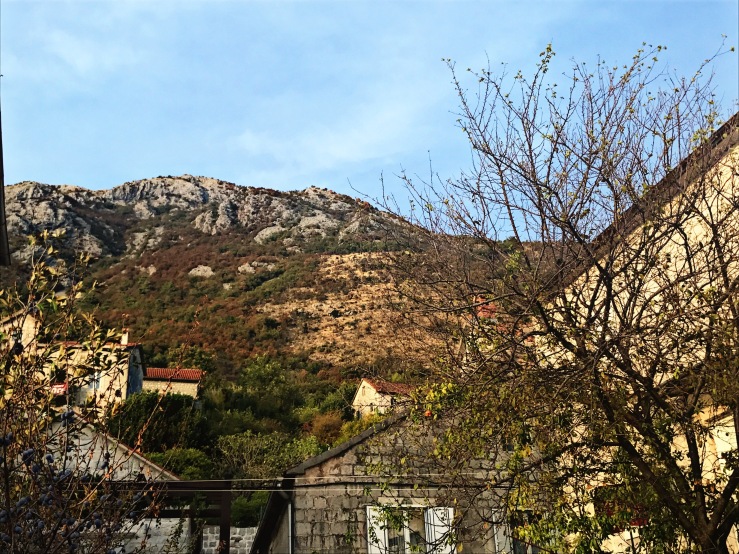 Also like Kotor, Perast is completely and utterly charming. Set between rugged mountain and glistening sea, the town truly is in the most stunning of locations.

As you meander through the streets, both manmade architecture and that of the natural world will vie for your attention.

Unlike Budva which is pretty much becoming Montenegro’s answer to Benidorm, in Kotor, you feel a genuine privilege that you’re there to experience what the town has to offer.

On reflection, this might be a little unfair. Yes, Kotor might have successfully handled an influx in tourism whilst retaining its traditional integrity in comparison to the commercialisation of Budva, but there are still some jewels in this region of Montenegro.

The view of Budva and the coast as you emerge from one of Montenegro’s long and twisty mountain roads is nothing less than stunning. The Adriatic is such an intense blue, it’s difficult to tell where the sea ends and the sky begins. This only serves as yet another reminder that Montenegro boasts some of the most spectacular landscapes in the whole world. 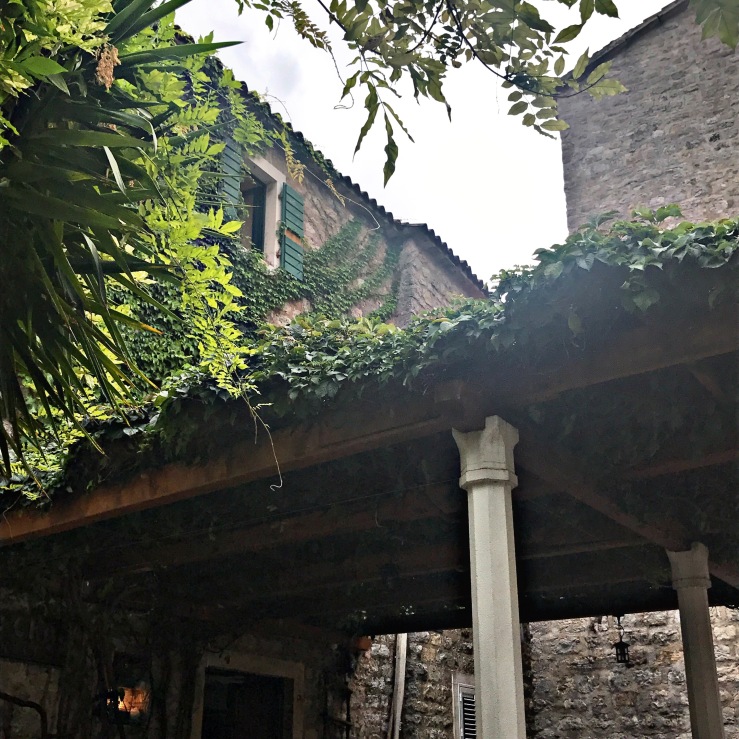 Budva’s historic walled Old Town sits right on the coast. Whilst not as immersive as Kotor’s Old Town, there are still some great places to eat and drink, and like the rest of the country, is pretty affordable. As a side note though, I was served medium rare chicken in one restaurant which really wasn’t the best dining experience, to say the least. 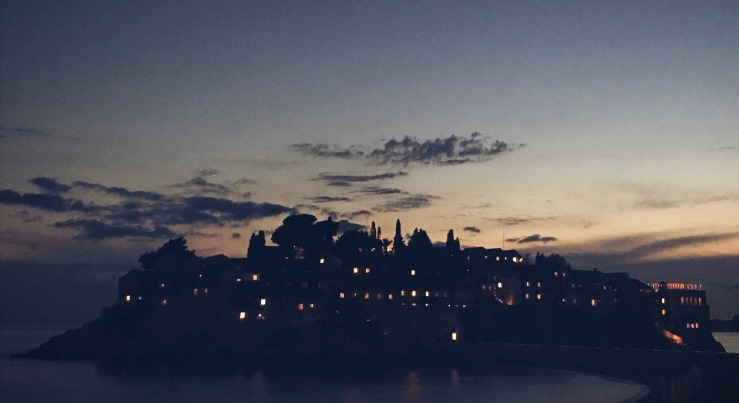 One of the most exclusive parts of the whole country, the exclusive five-star resort of Sveti Stefan is a few kilometers east of Budva. A favourite of Marilyn Monroe and Elizabeth Taylor, more recently the resort played host to the wedding of Novak Djokovic. 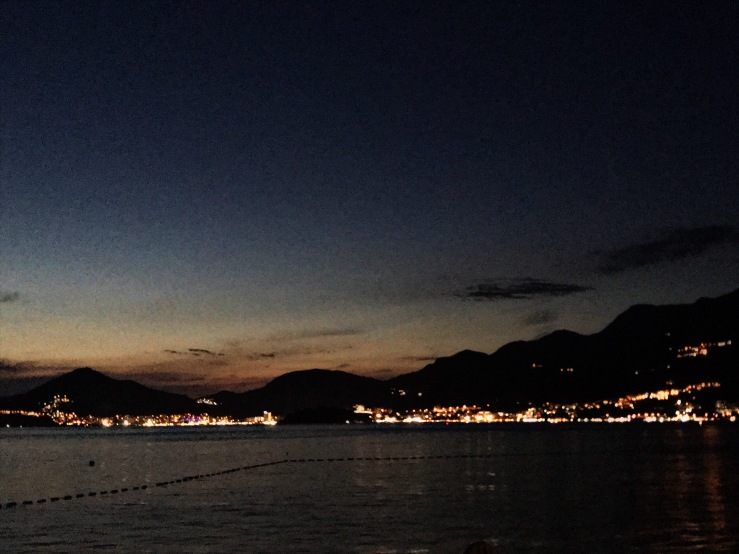 Off-limits to all but paying guests (a nights stay costs upwards of 1,000 euros), sometimes if you’re lucky enough you can get access to the restaurant for dinner. Unfortunately, I wasn’t lucky, but the resort was something pretty special to look at all the same.

Abandoned after the destruction of the aqueduct supplying water to the town in the 1970s (leading to the construction of Bar), the population of Stari Bar has started to increase again in recent years. 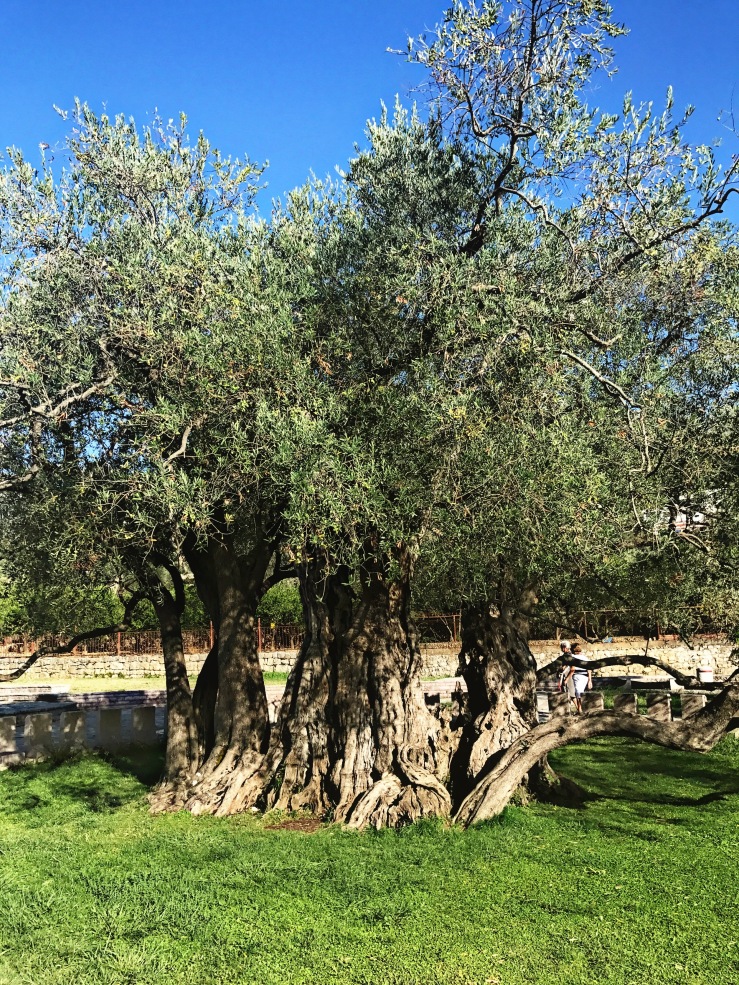 One of the main tourist attractions in the area is Stara Maslina; the Old Olive Tree. The olive tree is the oldest in the Balkans, and at over 2,000 years old, is thought to be one of the oldest in the world. With a 2 euro entrance fee to the small site, this was the first time I’d ever paid to look at a tree. Happily, however, there were also some tortoises hiding in the bushes, which was a little more exciting than the tree.

The Old Fortress, which is nestled on a hill above Stari Bar is also a must-see. You could easily spend hours wandering around the ruins.

The views from the Fortress, which overlooks the Adriatic as well as the town, are nothing less than spectacular. 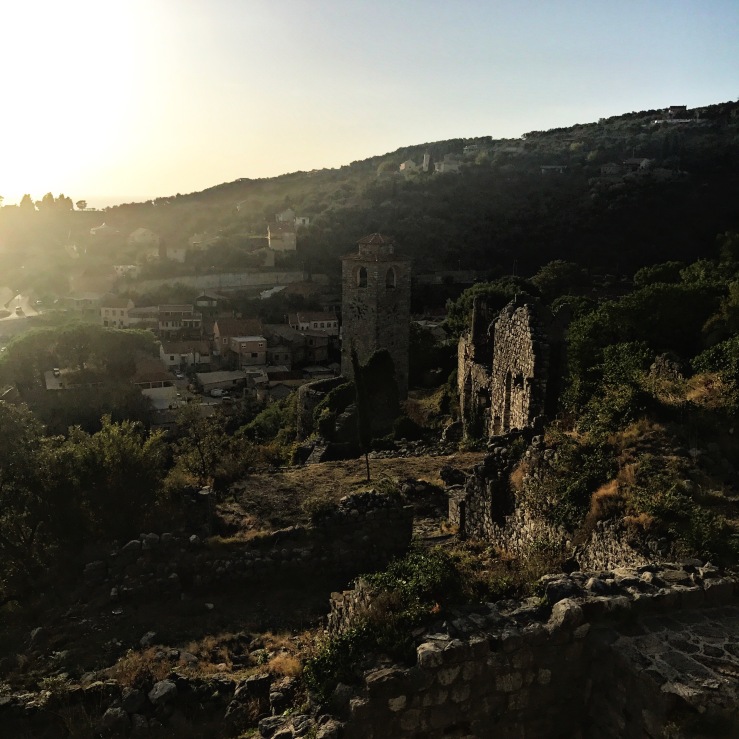 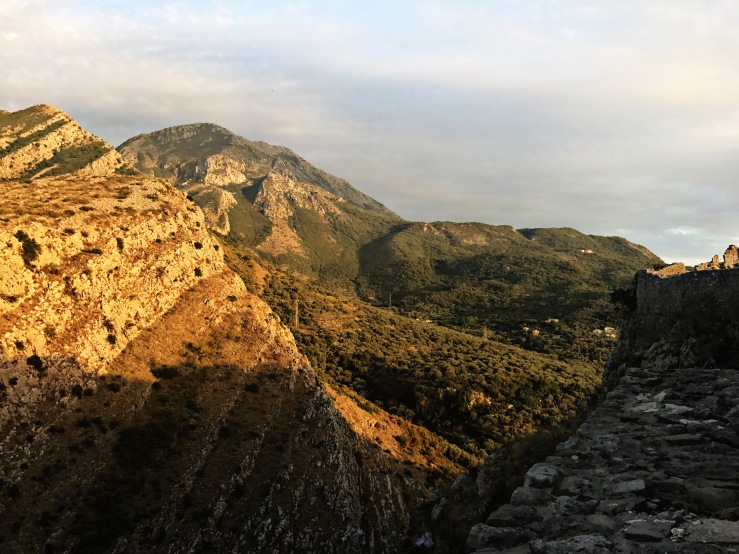 Whilst there’s little information or signage on the site, as you tread the same paths that they will have done, you’re still able to feel a real insight into how people lived for hundreds of years. 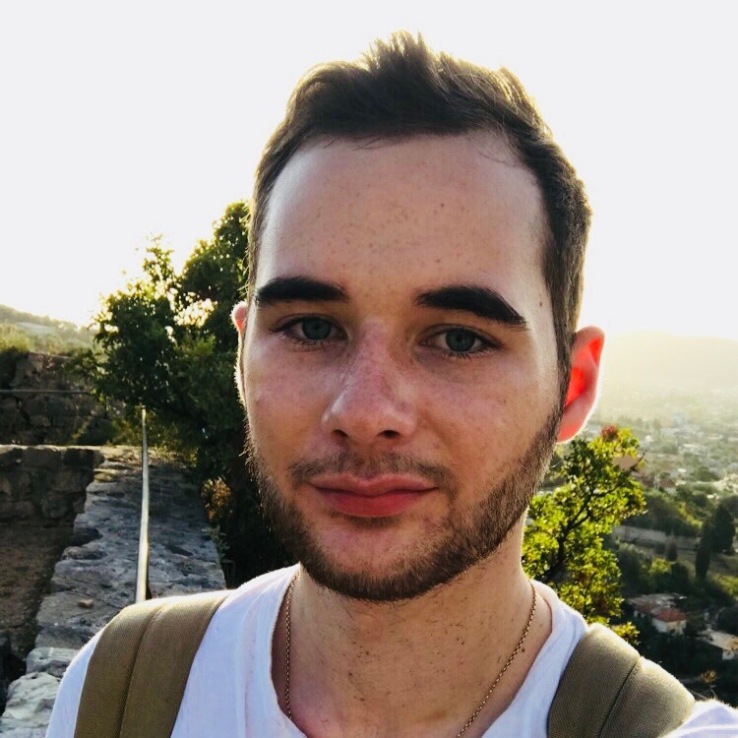 The Old Fortress really comes alive at dusk. The warm, orange sun beats down upon the ruins, which have now been invaded by nature, creating shadows and dark corners which only add to the mystery of this captivating site. 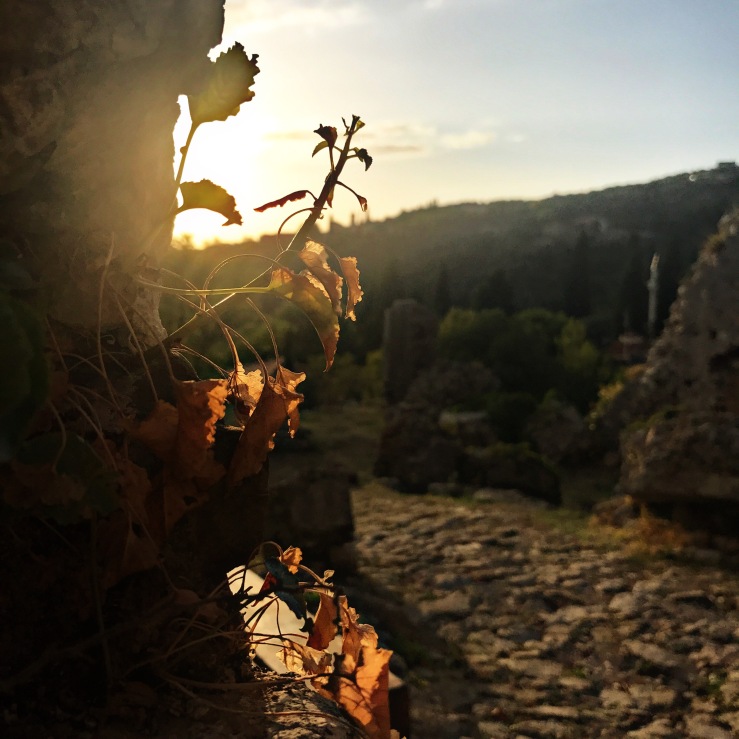 Leaving the Old Fortress and walking through Stari Bar, you can get a real sense of how important the city once was. Now, countless eclectic shops and restaurants have contributed to the area’s renaissance.

A great restaurant recommendation is Kaldrma. Affordable and of great quality, Kaldrma also had a very extensive vegetarian menu as well as an owner who was only too happy to talk about the local area and its varied history. 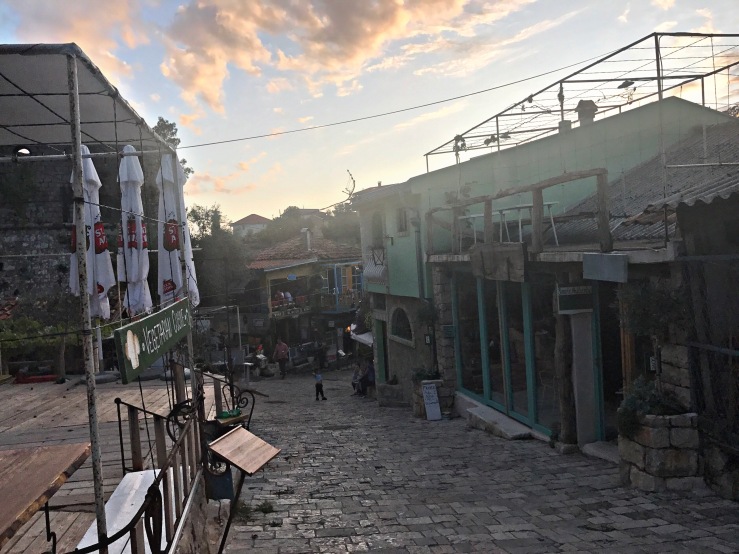 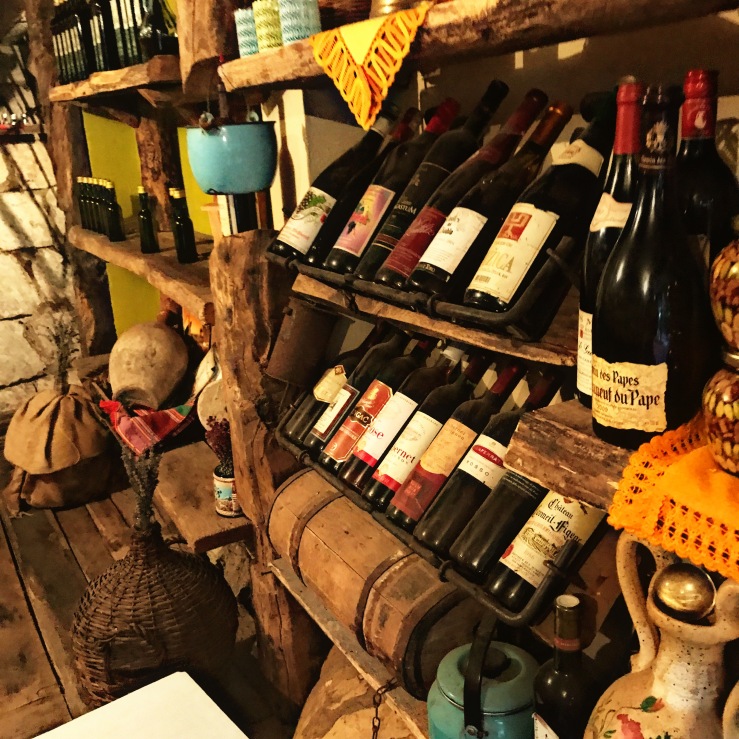 There are definitely so many more places to visit on the Montenegrin coastline, that unfortunately I didn’t have time to do so. But I feel very lucky and privileged that I was able to enjoy Kotor, Perast, Budva, Sveti Stefan and Stari Bar.

I am a student and a travel blogger who loves to take photos and tell stories. Feel free to hit me up on Twitter or Instagram @realstephenfarr View all posts by Stephen

This site uses Akismet to reduce spam. Learn how your comment data is processed.

I’m a 21 year old graduate who got bored of other travel blogs so decided to write my own. Read more, here.

There was an error retrieving images from Instagram. An attempt will be remade in a few minutes.